Things You Should Know About NDI Protocol

Home/Blog/Things You Should Know About NDI Protocol

Things You Should Know About NDI Protocol

If you look at the recent technology trends, you will notice that the broadcasting media sector is adopting the latest technology. Now, this sector is using NDI over Serial Digital Interface (SDI.) It will help this sector increase the interoperability between the software and production hardware.

But, what is the meaning of NDI in general?

The Meaning of NDI

Well, NDI is an abbreviation of Network Device Interface. NewTek has created this free-to-use software. This software is quite useful for video compatible products. It enables these products to work efficiently by allowing them to communicate, transfer, and receive broadcast videos in very high quality.

What Are the Benefits of NDI Protocol?

Now, many radio and television equipment manufacturers already support NDI. That’s because NDI does not require professional switches. Gigabit network switches can be used. About 100 high-definition NDI streams can exist on the network at the same time. You can freely deploy NDI signal sources from the switches through network protocols. Moreover, the architecture of the entire system integration will simplify a lot.

NDI is used in many devices. It allows multiple video systems to be identified by IP and communicate with other systems. Besides, it can encode, send, and receive many high-quality, low-latency and frame-accurate video and audio in real-time. Thus, it will benefit any video equipment connected to the network, including video mixers, graphics systems, capture cards, and a large number of other production equipment.

Also, it can significantly increase the number of signal sources used for real-time production switching, without directly connecting it to equipment, changing locations, or investing in expensive high-bandwidth networks, and simply replacing it with an SDI-based workflow. 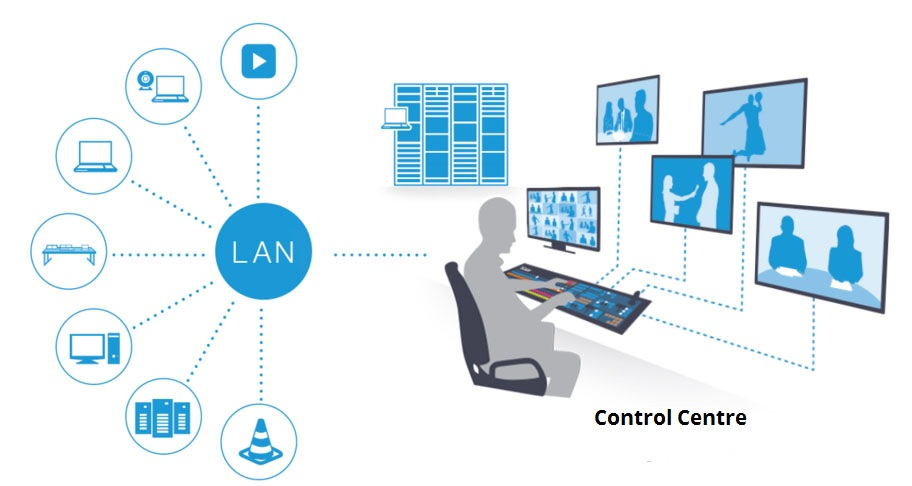 Why Use NDI protocol?

There can be numerous benefits to using NDI. Some of them are as follows.

One of the most significant advantages of NDI is that this standard is well-known, open, and readily available. Nowadays, numerous radio and television equipment manufacturers make use of NDI. Well, it is fully compatible with conventional television and radio equipment. Furthermore, the entire system integration architecture is quite clear, consistent, and simplified.

Besides, NDI is very useful for converting different signals into NDI network signals. It suits to all devices that are available in the network. Moreover, the entire monitoring system, including the NewTek signal monitoring, has around 16-channel signal switching. It also supports hundreds of signal monitoring calls. All these facilities are hard to achieve in any traditional method.

So, that’s all about the NDI protocol and its uses. The traditional methods of transmission are long gone. These old methods may not meet the needs of the current digital era. As a result, NewTek has emerged as a solution with its NDI. The NDI protocol is famous for making the work simpler, straightforward, and comfortable.

This site uses Akismet to reduce spam. Learn how your comment data is processed.