How to Set Live Streaming Parameters?

How to Set Live Streaming Parameters?

In live streaming, you may come across various issues, such as blurred or stuck images. It all happens due to network limitations like reduced speed or poor connection.

Many times, these problems are often related to the set parameters. It is not that the larger the value, the better. Making the right adjustment of parameters in different application scenarios and mixed network environments can maximize the demand for live broadcasting.

You can use M Live App to remotely control Mine devices through the mobile phone APP or applet. Furthermore, it also allows you to check the device status and set various parameters in real-time during the live broadcast process. 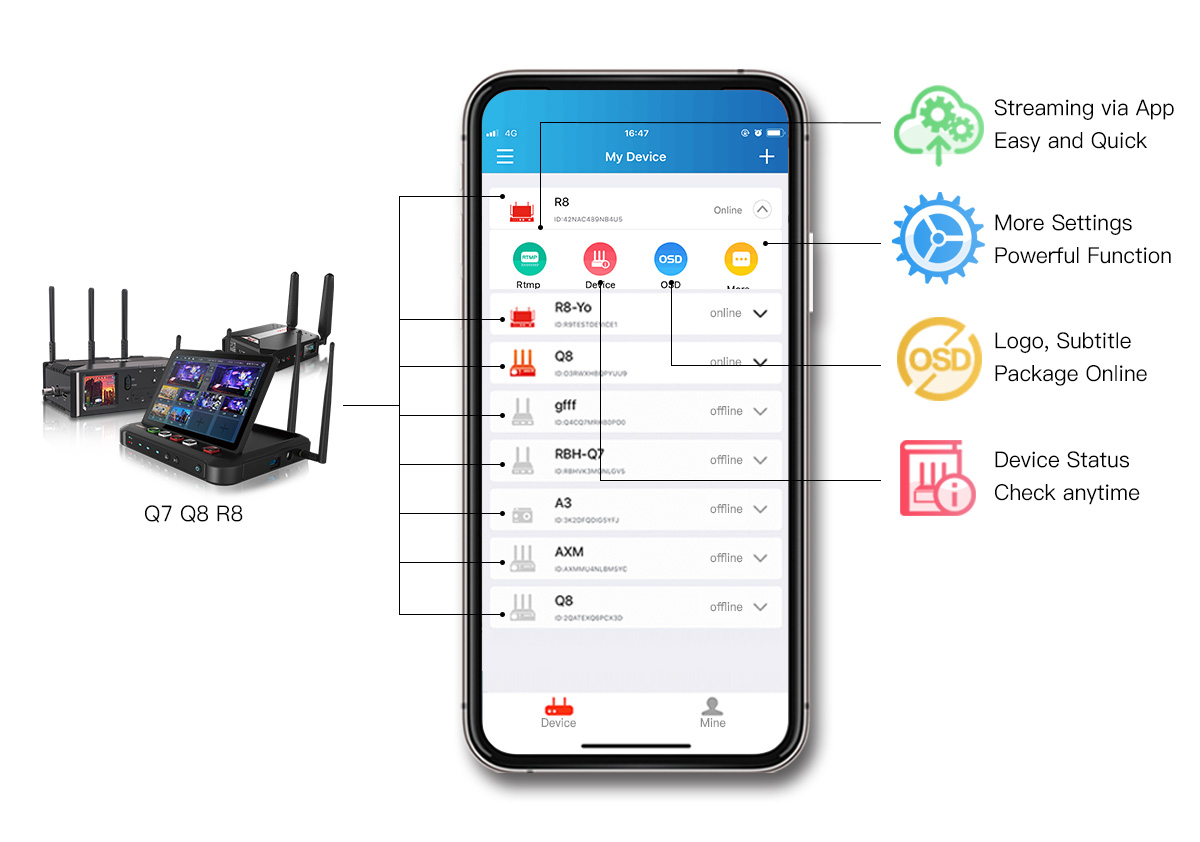 However, before you go ahead and learn to adjust them, it is necessary to get familiar with different parameters and their meanings.

Resolution refers to the size of a picture in pixel. Some of the standard sizes are 480, 720, 1080, etc. The higher the resolution, the clearer the picture, and the more memory required for an image.

How do you measure the speed of your connection? Well, you use units such as kbps (kilobit per second.) It is a unit to measure speed. You can also write it as kb/s.

Likewise, the unit of video bitrate is kbps, kilobits per second. When the network pushes the stream, the lower the value of the bit rate setting, the less the content is transmitted, and the smaller the network fluctuation is, but the image quality will reduce.

However, beyond a critical point, the human eye can’t tell the difference. For example, after 1080P30, 1080P50, etc. the human eye won’t be able to distinguish. Here, P stands for the frame rate size, indicating how many frames transmit per second. For live broadcasting, a frame rate of 25 frames is sufficient.

You may have heard the terms CBR and VBR during the configuration of encoders. Well, these are the encoding bitrates. Let’s check them out in detail.

An encoder can compress the video based on a particular profile. The most common profiles are – High, Main, and Baseline. Each profile is designed to be helpful to a variety of applications.

The keyframe interval is related to the video compression algorithm. The video is composed of dozens or even hundreds of pictures per second to form a continuous picture. Still, most of the pictures are similar in a short period. So, the principle of compression is to keep only before and after Different information between frames (except B frame.)

The first one has no reference object; it needs to retain the information ultimately, that is, I frame. The I-frame information is relatively large, can be understood as JPG pictures. The following pictures can refer to Frames only retain different information, that is, P frames, to achieve the purpose of video compression. Multiple P frames can follow an I-frame, and each P frame needs to refer to the previous picture to be restored.

The GOP value is the frequency of I-frames. If it is too small, then the number of I-frames will be high. The pressure on the rate control will be enormous. Similarly, if the GOP is too large, then the P-frames behind will be blurred. The data on the screen will be wrong. It will have to wait until the next I-frame sets to be normal. The Ucast APP GOP value is in seconds. It is recommended to set 3 seconds. Of course, you can also set it according to the network situation.

Now that you understood different live streaming parameters, it’s time to know how to set them. Firstly, open the M Live APP and click “More Settings.” After that, go to “Live Streaming Settings” to set the device. Note that the parameters can change depending on various factors, such as application scenarios, network environments, etc. Therefore, we cannot give a standard parameter/setting to set for all situations.